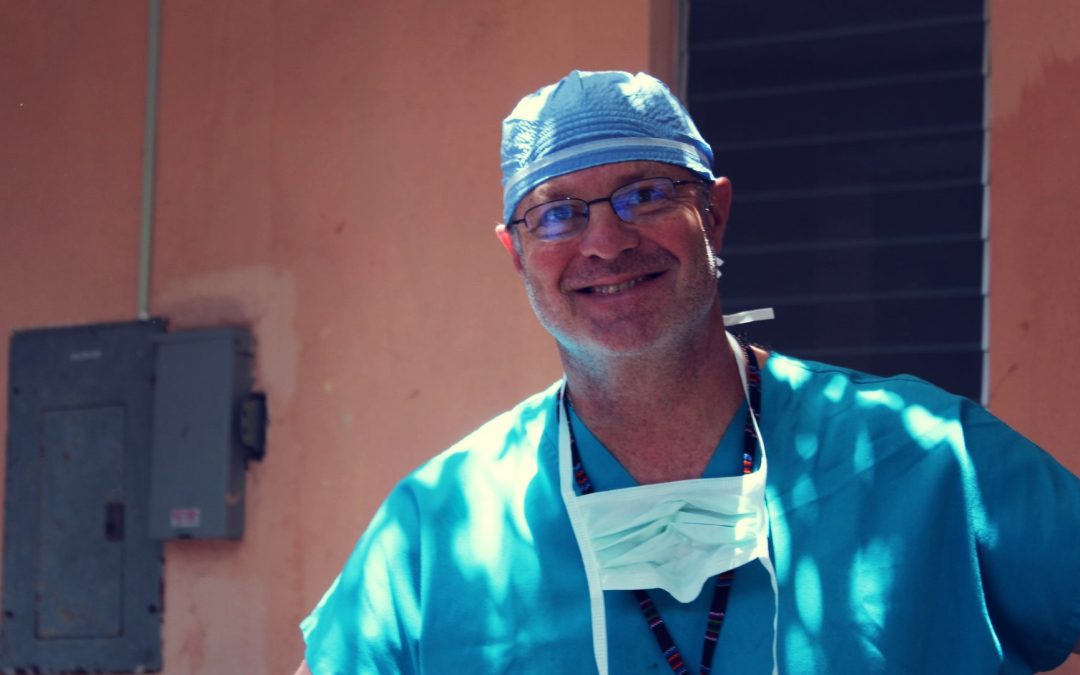 Service To Others: A Family Affair

Dr. Ben Mack has volunteered with Refuge International on at least a dozen trips over the past few years. A dynamic and committed surgeon, Dr. Mack makes a significant difference in the lives of people in Longview and Guatemala. It is evident in casual conversation that he has a passion for service and a strong drive to make the world a better place through medicine and volunteering. As a family he, his wife, Julie, and their three children, Samuel, Samantha, and Madeline share these values.

Dr. Mack lives in Longview, Texas and has been a general surgeon for over twenty-eight years. He first began looking into service work after the devastating 2010 earthquake in Haiti. He described it as a life changing experience to be among absolute poverty and destruction allowing him to realize not only the blessings around him in his own life but also the valuable help he could provide as a general surgeon. He spent ten days in Haiti working day and night on the injured, and after returning home, he began a new life path dedicated to serving others on a greater level.

Dr. Mack found Refuge International after learning that he and Refuge founder, Deborah Bell, worked in the same hospital. After discussing his trip to Haiti, Deborah knew that Refuge International would be a great organization for him to continue volunteering with. Soon, a plan was made for Dr. Mack and his son Samuel to go down to Chocolá on their first trip. While there, Dr. Mack saw how many people could be helped who would otherwise never have the opportunity to receive medical attention. He explained that giving up one’s own time to help others is one of the most important forms of service. It doesn’t matter your education level or skill set because there is always a role that someone can play when it comes to helping others.

Since this first trip, Dr. Mack has become an avid and frequent volunteer with Refuge International, performing gall bladder removals, hernia repairs, and other general surgeries whenever needed on his trips. Dr. Mack described the challenges that some people overcame to receive medical attention. One man carried his child eight miles to a clinic with a ruptured appendix. However, Dr. Mack said the entire time there was not one complaint but always a sense of immense appreciation for life and gratitude for even the most minute forms of medicine. Dr. Mack was greatly affected to see how others with so little could be so very grateful.

One of Dr. Mack’s most significant contributions is the value of service that he has been able to pass down to his children. His son is attending medical School, and all three of his children devote their time to volunteering for others. Whether it be going to Guatemala with Refuge International, going on mission trips with their church youth group, or working at a camp during the summer and donating their salaries to those less fortunate, service is something that the Mack family takes very seriously.

Dr. Mack and his family are examples of what service and volunteering look like and how through example, these values can be passed on through generations.