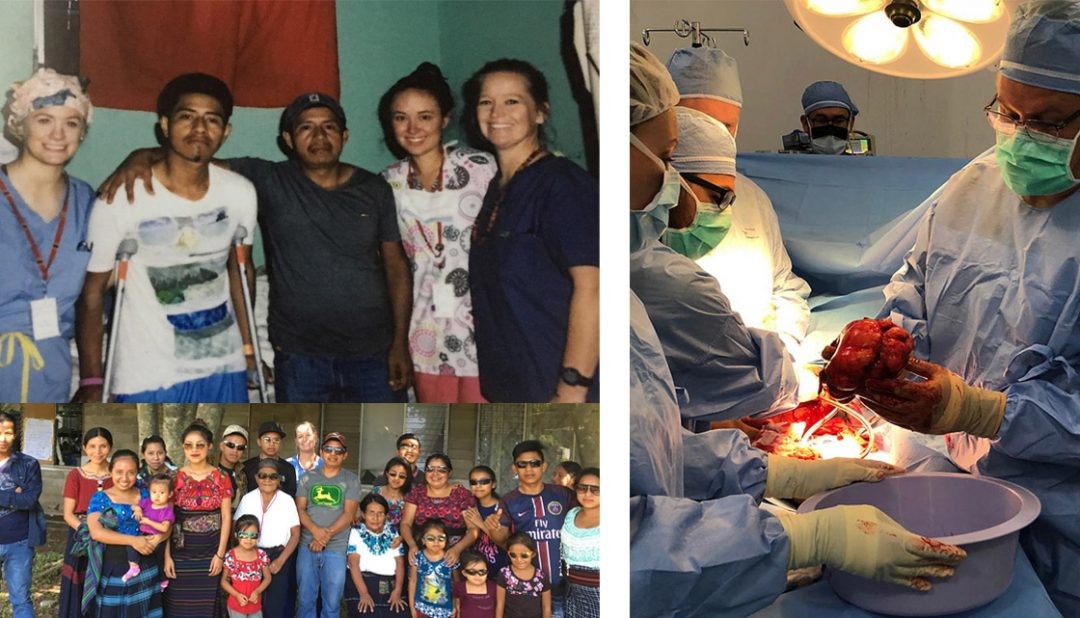 Cruz Ajqui Ixquiactep, a shy, quiet 27-year-old from Xojola (pronounced “show-ho-la”), came to the Chocolá clinic during our July mission trip for a consult on a possible small hydrocele. During the exam, however, Refuge International volunteer Dr. Jason Murry noted the presence of a large mass on Cruz’s right thigh (and no hydrocele issues).

Cruz told Dr. Murry that the “bump” had been there for a few months and caused him pain and irritation. Dr. Murry noted that the mass was likely benign, but given the size and location, said it would best be removed by an orthopedic surgeon—one of whom would be arriving with our next mission trip in San Raymundo just two weeks later.

When pathology confirmed that the mass was a benign lipoma, the Refuge team coordinated with Dr. Sergio Castillo, the local physician we work with in Chocolá, to bring Cruz to San Raymundo (a 4-hour drive from Chocolá).

Orthopedic surgeon Dr. JB Parker removed the 3.2-pound mass from Cruz’s thigh, and after a couple of days recovering in the San Raymundo hospital, Cruz and his brother, who came with him for support, made the journey home.

In November, on the last day of another Refuge mission trip to Chocolá, a truck pulled into the hospital yard and Cruz, along with 22 members of his family, climbed out. Cruz had come back for a follow-up exam, and Dr. Ken Eveland confirmed that the leg had healed perfectly. Multiple generations of the family had all come to show their appreciation, and we were thrilled to see Cruz’s proud, beaming smile!